The Green Methane Committee in Fortaleza/Maracanaú, Brazil, which the Appalachian Energy Center helped form and train, will receive approximately $750,000 from the Brazilian Ministry of the Environment – National Fund on Climate Change to construct a system to collect and utilize methane gas from the Maracanaú Landfill. The Appalachian Energy Center also helped plan this landfill gas collection and utilization system.

The gas will be used at an Energy Park that will be constructed adjacent to the landfill where catadores (Brazilian waste pickers) will gather plastic and glass recyclables from the waste stream before they end up in the landfill, providing more profit for these workers.

"These catadores are the true recycling industry of Brazil," said Stan Steury who works with landfill gas and biogas programs at the Appalachian Energy Center. "When we visited Brazil the first time, we came away thinking that this methane gas, which is found in every landfill world-wide, could be used to benefit these catadores who need safer and better paying jobs. These people typically sell their recyclables unprocessed for just pennies on the dollar. Our project will help them establish an Energy Park, where plastic bottles, and later glass, will be processed to add value to what they sell."

Brazil has been working with these vulnerable people in recent years, and their plight is much better as a result. The state and federal government have assisted the "catadores" in forming and building the capacity of cooperatives to improve their ability to make a living. The Appalachian Energy Center staff hopes to use this Brazilian project to inspire projects in other less developed countries where the governments have been less willing or able to support the waste pickers.

The Appalachian Energy Center staff is well known for its work with community-based landfill gas utilization projects in North Carolina and across the U.S., and this is its first international project.

Work to capture methane gas produced from the decomposition of materials at the Maracanaú Landfill began in 2009 when the Energy Center received a $120,000 Green Methane Initiative (GMI) grant to investigate the potential for community-based landfill gas utilization projects in Ceará, Brazil. Seven landfills were investigated by the Appalachian team and the medium-sized landfill at Maracanaú emerged as the most likely prospect, largely due to the strong local support.

Maracanaú is an industrial city with approximately 4 million residents located in the poverty stricken region of northeast Brazil.

An additional $120,000 GMI grant in 2011 paid for the project development expenses of ANIMA, a non-profit that exists to help the waste pickers at Maracanaú and Fortaleza, and COOMVIDA, the Cooperative of Waste pickers at the Maracanaú landfill.

The recently announced Ministry of the Environment grant will be managed by Federal University of Ceará at Fortaleza (UFC), one of the Energy Center's Brazilian partners. UFC will hire the Appalachian Energy Center as a consultant during the construction phase of the project.

Both the Appalachian team and the Brazilians on the Green Methane Committee hope that the project will be a model for similar projects worldwide. According to the World Bank, there may be as many as 1-2 percent (70-140 million) of the world's population world-wide making their living by digging through the waste at landfills, dumps and city streets.

Members of the project from Appalachian include Dr. Jeff Ramsdell, Appalachian Energy Center director, and employees Stan Steury, Jason Hoyle, Jeremy Ferrell, Grace Plummer and Joey Mosteller. Patricia Cornette from Appalachian's Office of Research and Sponsored Programs and Dr. Marty Meznar from the Walker College of Business also have been valuable team members. Dr. Jesse Lutabingwa from the Office of International Education and Development helped the group with early contacts at two universities in Fortaleza. 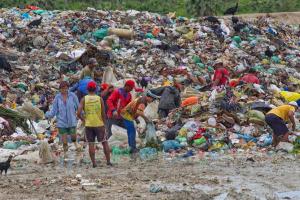 Waste pickers in a landfill 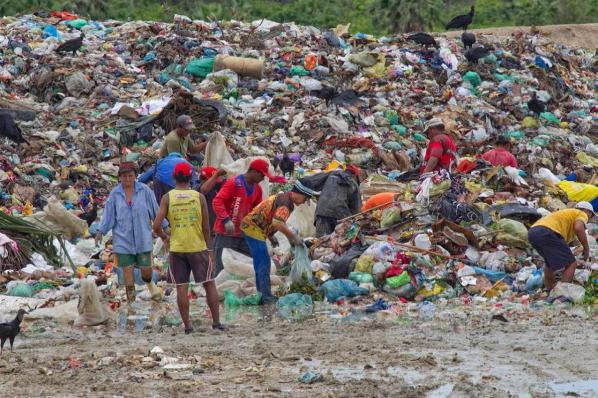 An Appalachian Energy Center project in collaboration with state and federal government in Brazil will be used to process plastic and glass gleaned from the waste stream by “catadores,” those who make their living picking through waste. The ability to capture recyclables at the source, instead of digging through garbage at the landfill, will increase profits and help the catadores improve their living and working conditions.