"For his outstanding work in landfill gas to energy, for the benefit of the people of Robeson County and the State of North Carolina, while serving as an example for the citizens of the USA and others around the world."

The award was presented by Stan Steury, Research Scientist Landfill Gas/Biogas on behalf of Dr. Jeff Ramsdell, Director of the Appalachian Energy Center. Edge is retiring at the end of November, 2016.

Steve led Robeson County as one of the first participants in the Appalachian Energy Center's Community TIES program which was initially funded by the Golden LEAF Foundation and the Z. Smith Reynolds Foundation and was meant to encourage economic development in economically challenged, rural counties in North Carolina through development of their landfill gas beginning in 2006-2007. Other counties which received assistance from Appalachian State in this program funded by these two foundations included Columbus, Edgecombe, McDowell, Rockingham, Cleveland, Scotland, and Bertie. When (ARRA) federal stimulus funding became available in 2009, the Appalachian Energy Center assisted several other counties with their own landfill gas projects including Caldwell, Gaston, Haywood, Watauga, and Wilkes Counties.

Due in large part to Steve's leadership and vision with active support from the County Manager and County Commissioners, Robeson County moved ahead with their project aggressively. Edge also applied for and received the maximum ARRA funding available for individual landfill gas projects in North Carolina, which was $1,000,000. Edge led efforts to investigate the use of the gas for fueling an ethanol plant and also to provide process heat for poultry processing at a plant adjacent to the landfill. When these ideas faltered, however, Steve led planning for an electricity generation project.

At Steve's encouragement, Robeson County was able to develop a buyer for the carbon credits from the Robeson landfill when the price was at its peak. Because of this, Robeson County was one of only 2 counties in North Carolina to complete a 6 figure sale of carbon credits. This contract resulted in $325,000 income for simply destroying the methane in its landfill gas. Other counties who delayed in this decision, were denied contracts as the carbon credit market went flat around 2010.

Read the article from The Robeonian news. 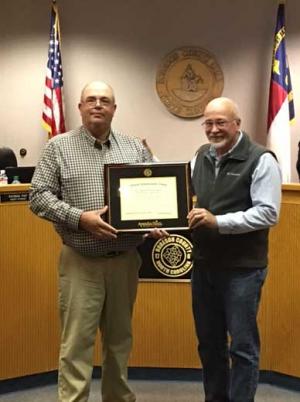 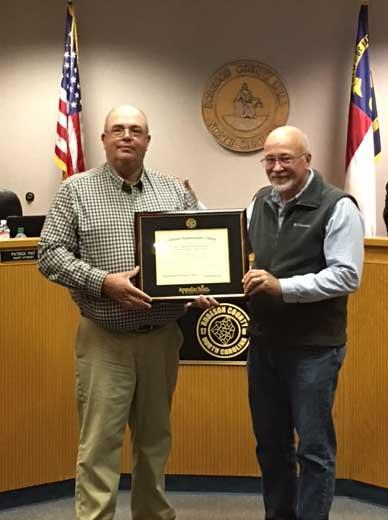